In less than 6 months, the Washington Metropolitan Area Transit Authority installed new track lighting systems at 15 subway stations, increasing their brightness by an average of 6 times—for many years Invest in part of the most advanced and energy efficient LED lighting project. The new lighting infrastructure improves visibility and safety, while halving energy consumption and reducing maintenance requirements.

In the next 30 months, all 48 subway stations will be upgraded to LED systems. 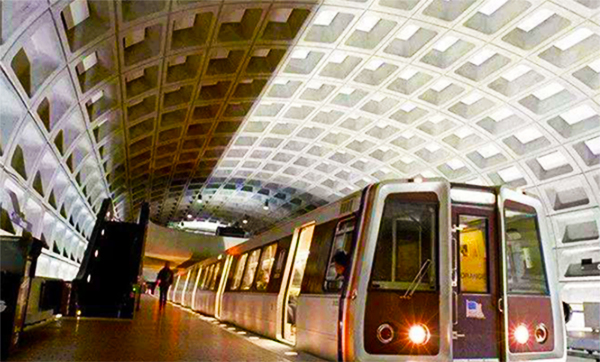 After installing the new lights, the brightness of each station has increased by 3 to 9 times. The installation of new towers and wall lights is in progress, and once completed, the platform is expected to be brighter.

The lighting design of the Washington Metro adopts underground upward lighting, which is reflected by the roof to make the station evenly illuminated. Although the subway station is not bright, the soft light of the spot light makes it easy for passengers to see the train information (the name and color of the subway train line are displayed with LED lights at the head of the train).

In addition, the Washington Metro station uses a large-span arched column-free station design to make passengers have a wider view, and all stations are long platform design, the length of the subway platform is 600 feet (1 foot-0.3m). Because there are almost no cables at the side and top of the tunnel, the station maintenance difficulty and cost are reduced.